Welcome to the web site of the Windsor Lines Passengers Association (WLPA).

We are an independent rail user group, representing users of rail services from Waterloo to Windsor and Reading, including the Weybridge and Camberley branches and the Hounslow and Kingston Loops. If you use, or are interested in, local rail services then please consider joining us. Individual membership is free if you want the quarterly "South Western Roundabout" sent via email. For only £4 we can send it via post. 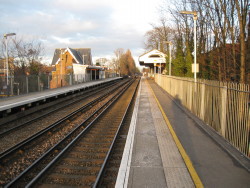 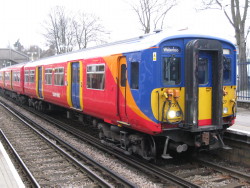 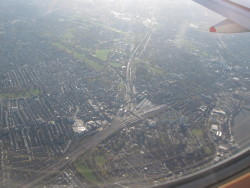 Wednesday 10th June--New class 701 unit runs on Hounslow Loop and Chertsey branch. Well it was a pair of 5 car units being hauled from Derby to Eastleigh for testing. The terrible dull livery needs to be modified. This film is from the SWR twitter feed.

WLPA Chairman Tony Dempsey has appeared on a YouTube video about the current problems with SWR, watch it via the link,

The WLPA have requested that rules governing interchange between Waterloo East and Waterloo Main stations be altered. Currently, to avoid being charged for 2 separate journeys you must touch back in with your Oyster card within 30 minutes when changing between the 2 parts of Waterloo station. This has a major flaw, on Sundays and other times there may only be an hourly service. This would make it nearly impossible to meet the 30 minute limit, as platforms are announced only 10 minutes before departure in many cases. We have made the case for 60 minutes to be allowed. A very informative website on all matters to do with Oyster card and rail journeys is www.oyster-rail.org.uk

First Group have announced they are to order £895 millions of new rolling stock for the Waterloo suburban services, including the Windsor Lines. The order has gone to the Canadian company Bombardier, and will be assembled at Derby. The order will be a mix of 5 and 10 car units, a total of 750 carriages, making up 90 units. They are single class and have a maximum speed of 100mph, though where they will ever reach this speed on the lines they are to used is a bit of a mystery. They are of the "Aventra" design, which is hopefully an improvement on the previous "Electrostar" design. The WLPA have already met with the new franchise operator and we stressed that trains would be better with corridors throughout. We hope they will take this on board, despite the initial artists impressions on the press release.

The new franchise has been awarded to First Group (a Scottish bus company) and MTR (a Hong Kong railway company) for 7 years.  Further details of the promised new franchise improvements at www.firstgroupplc.com/southwestern


MEMBERSHIP is free. Click onto our membership page or for further details please email membership@wlpa.co.uk. We are happy to accept donations via bank transfer or cheque.

See also our information pages on the introduction of 10 car trains on the Windsor Lines and a farewell to the South London Line.